Sybille Jones, born in 1972, studied Communication Design at the Fachhochschule Wiesbaden and won a scholarship from the DAAD to study at the University of Technology in Sydney, Australia. During her studies she gathered years of agency experience and learnt classic design skills from the ground up. For her Diploma, Jones researched media convergence and created the concept for an Interactive Television Station. After completing her studies, she worked for four years with a leading Internet Agency. As Art Director she managed the team in the design department and took on responsibilities in research, design, concept and production.

From 1999 to 2004 Jones was engaged as a lecturer for the Media & Business faculty at the Fachhochschule Wiesbaden. In her project work she has developed international Styleguides (Bosch, Mercedes-Benz), Multi–channeled media concepts (Toyota) and one of the first consumer targeted flash applications to incorporate film sequences (Dresdner Bank Guided Tour – winner of the Midas Award 2003). Jones worked together with the agency Cobra Youth for one year specialising in communication for children and youth. This included the design of the Greenpeace Kids Website.

Since June 2000 Sybille Jones has been engaged as a self-employed consultant. Her working philosophy is to create a good synergy between design and functionality while daring to “venture beyond the edge of the playing field” to find new solutions. When she is not working on her computer she loves the sea and travelling the world with her family. 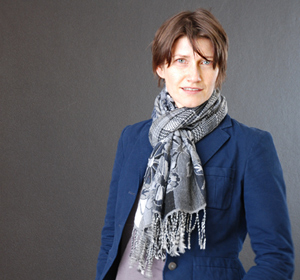